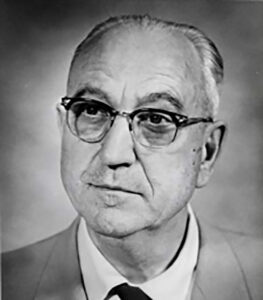 In 1964, Dr. Karl Menninger saw a need in his community which sparked the creation of our program. Based on his strong principles that linked contact with the natural environment and healing for those who had been abused, neglected, and abandoned, the foundation and model for The Villages, Inc. was created. This model believed in the benefits that abandoned and abused children would gain by living in a well-maintained home, in a setting with strong, supportive, and nurturing parents who live with them. Dr. Karl believed by observing concerned parents modeling a well-functioning family, young people could learn to form and maintain their own futures, free from the abuse and neglect they had suffered themselves. These principles, combined with his goal of using nature and natural environments when educating youth, made the 20 acre lot of land amidst another 300 acres (later gifted to The Villages, Inc.) the ideal location.

In December of 1969, the first home of The Villages, Inc. was opened, giving a home to three young boys. Through the following years, the Topeka residence expanded with new houses being built and opening in 1971, 1972, and 1974; bringing the total to five homes. But Dr. Menninger did not want to stop at his own community. He believed that The Villages, Inc. model provided everything a child should need in their situation and should be utilized all over the nation. Through countless efforts, public pushback, and celebrity endorsements, The Villages, Inc. was able to expand to Lawrence, KS as well as various locations in Indiana. Dr. Menninger had hoped that each program become self-sufficient enough to run independently, and was proven right when the six homes in Indiana split off to form their own organization, The Villages of Indiana.

Dr. Karl Menninger believed not only in giving children not just a safe space to grow, but a whole environment that would encourage it. Between both locations, The Villages, Inc. now protects over 400 acres of land. This promotes Dr. Karl Menninger’s ideals of “preservation and appreciation” that he used when establishing our organization. It is on these 400-plus  acres that The Villages, Inc. oversees the five houses in Topeka and two houses in Lawrence. While standards and practices have changed over time, The Villages, Inc. still holds true to the values that helped establish our program. Every child that is in our care deserves the same opportunities that all children deserve.

To read more about the history of The Villages, Inc. please visit “The Villages: A History” linked below.

The Villages: A History

Leave us your info

and we will get back to you.